We had been planning to visit Nandi Hills for Birding from last couple of months but for one or the other reason it always got postponed. Even last saturday we planned but had to drop since we had only few hours to spare. Our Idea for Nandi hills was to spend time for morning to late noon hence cancelled our last weeks trip.
This week we decided we will definitely visit this place. I got the permission from my wife and decided to do a day long trip to Nandi on Saturday. The afternoon heat was not a concern since Nandi has good cover:-) As always Raghu was very keen to go and he accompanied me for the trip. Ajit had a family trip to Delhi and hence he could not join us and Dhulipala was down with cold. And that left only me and Raghu. We decided we will go ahead with the trip hoping we will be able to see our wintering thrushes before they leave.
We decided to take Raghu's car since going on bike would be difficult especially considering driving back during noon. Mom had packed chapathis for my morning breakfast on Friday evening. She also put couple of apples in my bag which I forgot to eat:-( The next day morning I Woke up very early at 3:50AM and reached Raghu's place by 4:30AM. The plan was to reach Nandi by 6AM. By the time I reached Raghu's place he was ready to go. Our first stop was at Devegowda petrol bunk for fuelling. The drive in the morning was very pleasant with no traffic whatsoever. We managed to reach the foothills of Nandi by 5:50AM. We saw a huge crowd of bikers and folks in car waiting for the guards to open the blockage(People are not allowed to drive on the hills before 6AM in the morning). For some unkonw reason they were checking all the bikers but not people in cars.
While driving on the road we saw one fellow who had been honking for no apparent reason. It's such a beautiful place where all you could hear is birds chirping this biker comes along and starts honking all throughout the drive. There were too many bikers on the road. I think everyone wants to see the sunrise from the top of Nandi Hills. By 11AM there were hardly any people on top of the hill.
Once we reached the hill I stood in the queque to collect the tickes. For adults the entry price is 5/- and the parking charges for car is 30/- if you park near bus stand and 80 if you want to take it on top of the hill. Most of the cars prefer to park on top of the hill. We parked it near the bus stand since we anyways wanted to walk around the hill.
Before we started I did some research on ideal places for Birding on Nandi Hills. I got some information from INW member Clement Francis and read through few blogs before I left. The places suggested were the nursery area and the area around the guest house. We started our birding in the nursery area first. As soon as we came to the nursery area we spotted a Orange Headed Thrush and immediately after that we saw the Indian Blue Robin and Malabar Whistling Thrush. Before we left we were not sure if we would be able to see any of the thrushes but seeing these 2 in a matter of few minutes was amazing. Since the lighting conditions were poor we could not manage any photographs. We decided we will wait near the nursery area for sometime till the light gets better. In the meanwhile we saw White-eyes which were busy scouting the place and eating. We also saw the Magpie robin which gave us company for a long time, I love the Magpie calls. There were both male and female Magpie Robins. We also saw a Puff Throate Babbler in the area.
As the light got a little better the only company we had in the area was the Indian Blue Robin and a Booted Warbler. Got couple of record shots and then moved on. As we were moving along in the nursery area I spotted the Malabar Whistling Thrush again. I looked all Black in the canopy but once it came out I could the blue color on its wings and belly, Its a beautiful bird. It gave company for sometime and then left.
As we walked along we spotted few more Puff throated babblers, Greenish Leaf Warblers and White Eyes. Saw a Tickell's Blue Flycatcher which was singing all throughout the day.

One of the other photographer mentioned he saw a Female Blue Capped Rock Thrush in the area. So we decided to wait in the area to see if we can meet her. And within few minutes she comes and sits on a tree in front of us. Me and Raghu got managed to get some decent photographs this time around. We saw the Whistling thrush again and decided to wait for it. And in the meanwhile a fellow photographer from Sweden decides to join us and photograph this Malabar whistling beauty. I was amazed to see his knowldege of birds. He was mimicking the Whistling thrushes call perfectly. On the way we spotted a Greenish Leaf warbler which seemed kind of sedated. It did not look injured but was slow. It gave us a good sighting and then decided to go into the bushes.
After a good 2 hours spending the nursery area we decided to head towards the Guest House area. We were not sure what to expect but when we arrived we immediately saw the female Blue capped rock thrush again. I saw a weird behavior wherein the bird was regurgitating something. I had not seen this behavior in any bird. I had read about this behavior in other birds but had actually not seen. As we walked along we found the male Blue Capped Rock Thrush which is a very colorfull bird. And our next sighting was the APFC. This time Raghu tried very hard to get a decent photograph of this bird, this bird has been evading him from a long time. He seems to see this bird in every trip but till now has not managed to get a decent photograph. Even I have something very similar to this with Tawny-Bellied Babbler. I had seen this bird so many times but could never manage a decent photograph.
We had good sightings near the Guest house area where Tickells'Blue Flycatcher was singing all through out the day. The Orange Headed Thrush decided to pay us a visit and saw an Indian Blue Robin munching on a big centipede. We saw quite a few Tawny-Bellied Babblers, Puff Throated Babblers and Asian Paradise Flycathcers near the guest house area.
After our lunch we decided to head towards the cliff where Raghu had seen Rock Thrushes before. There we saw a cinema crew which was preparing to shoot a Telugu film called "potugaadu". Near the cliff we saw 2 raptors flying in the area. Looking at their flight pattern we were sure it was the falcons which were doing rounds. I had not seen a falcon till now but have read about them and their speeds in flight. It was really an amazing sight to watch them swoop into the valley and again soar up in the skies. I realized why some of the fighterjets are called as falcons. Their speed is something which I never expected. Reading about the birds which fly at 320`kms/hr spead is one thing but to seeing it is compeletely a different. After sometime we decided to try our luck with photographing them in flight to get the ID's and that is when I realized they were indeed Peregrine Falcons. We saw they were swooping down and they used to comeout after a short break. We were not sure if they rested anywhere near the cliff before coming back again.

After the sighting of Falcon's we decided to go ahead in search of the Blue Rock Thrush which had evaded us till now. One of the fellow photographers showed us the spot where he had photographed them in the morning. We decided to wait but without luck. As the clock was ticking we decided it was time to head back home. We started back around 3:30 PM and by the time I reached home it was around 5:30PM. One the way we spotted a Grey Shrike too.

I returned home a very happy man. The highlight of the day being the "Falcons". 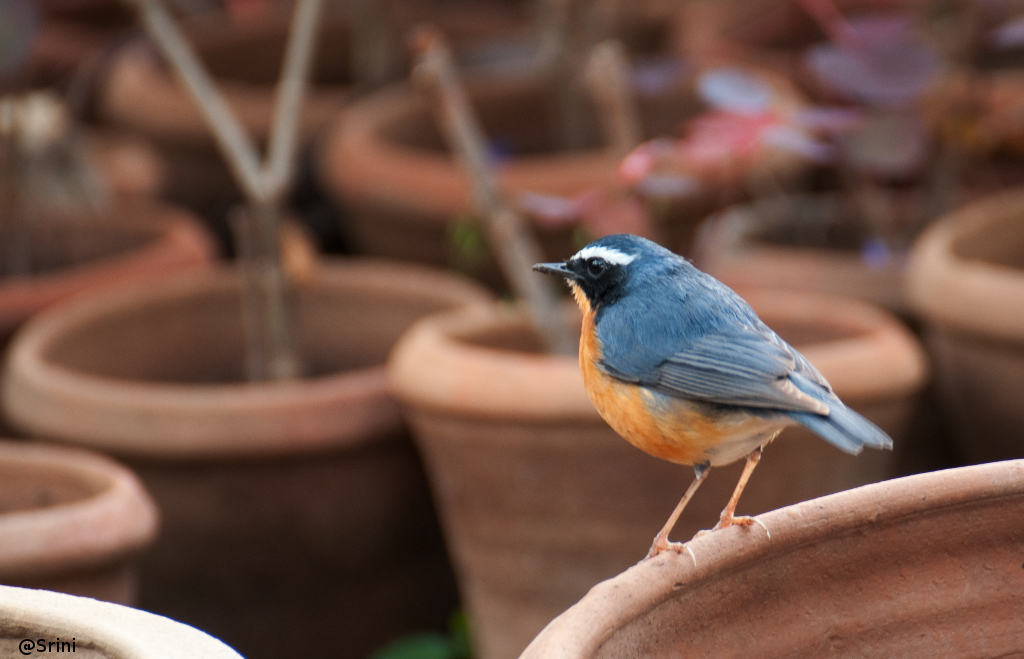 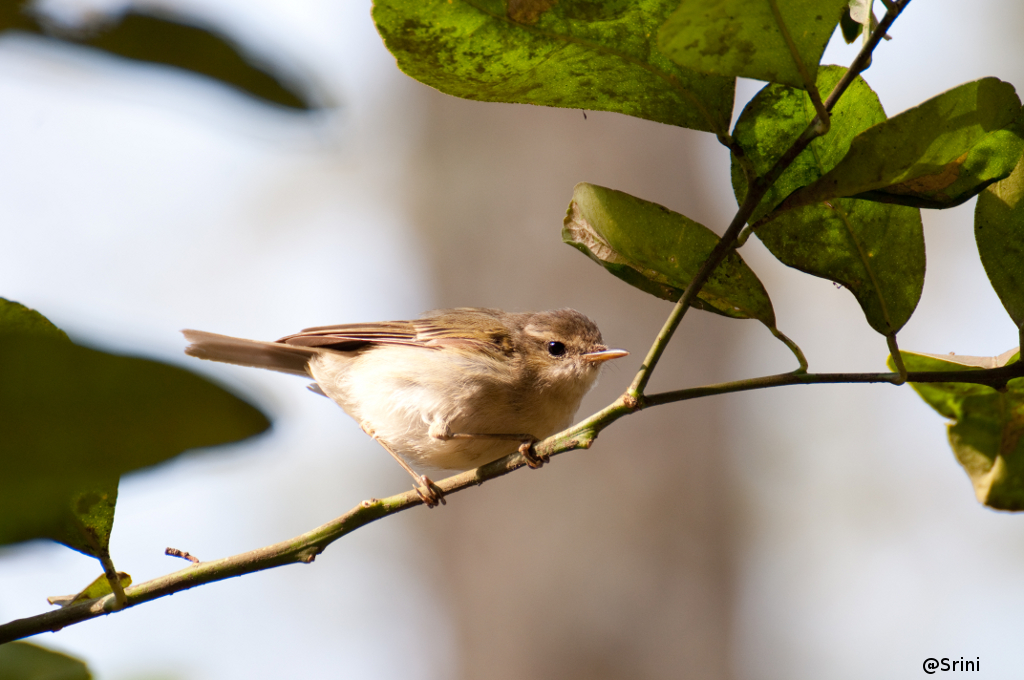 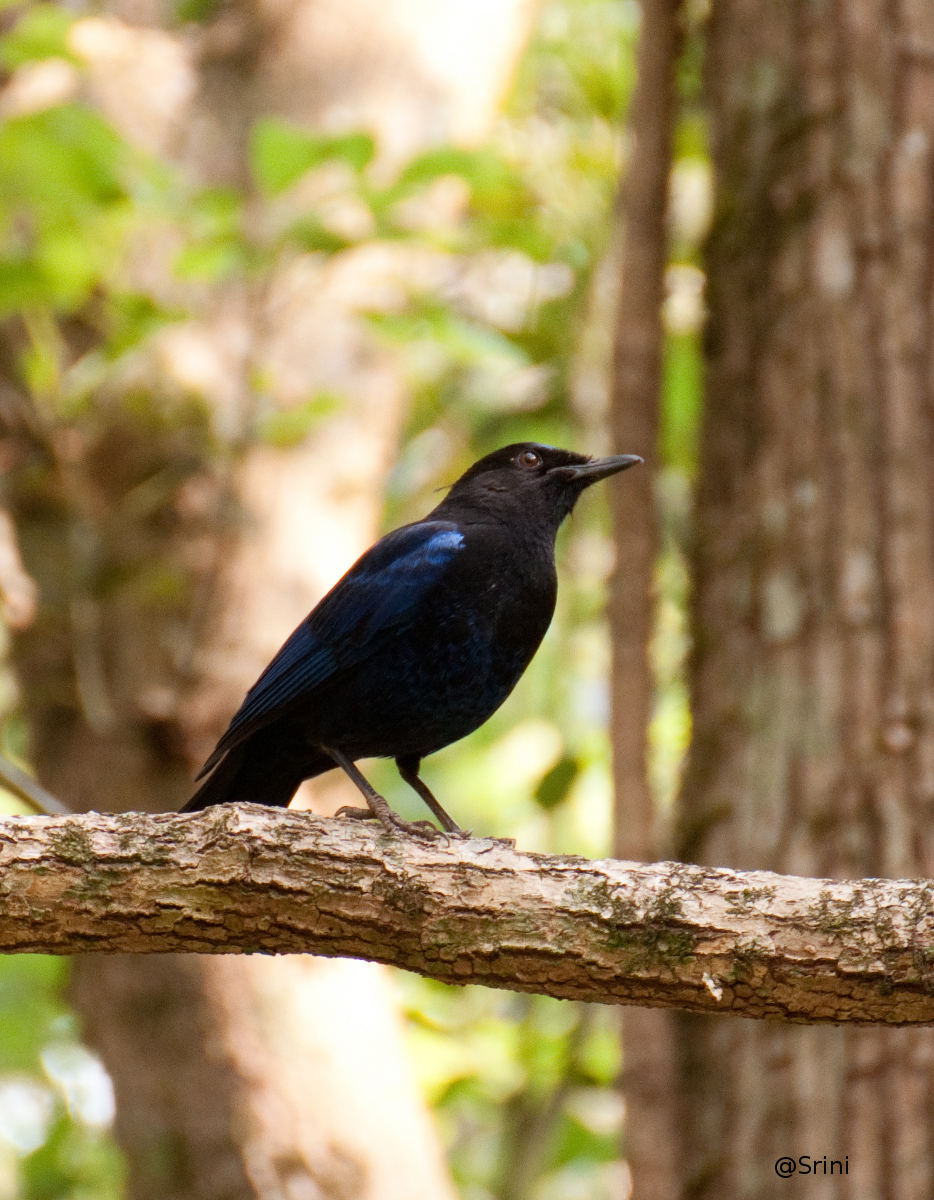 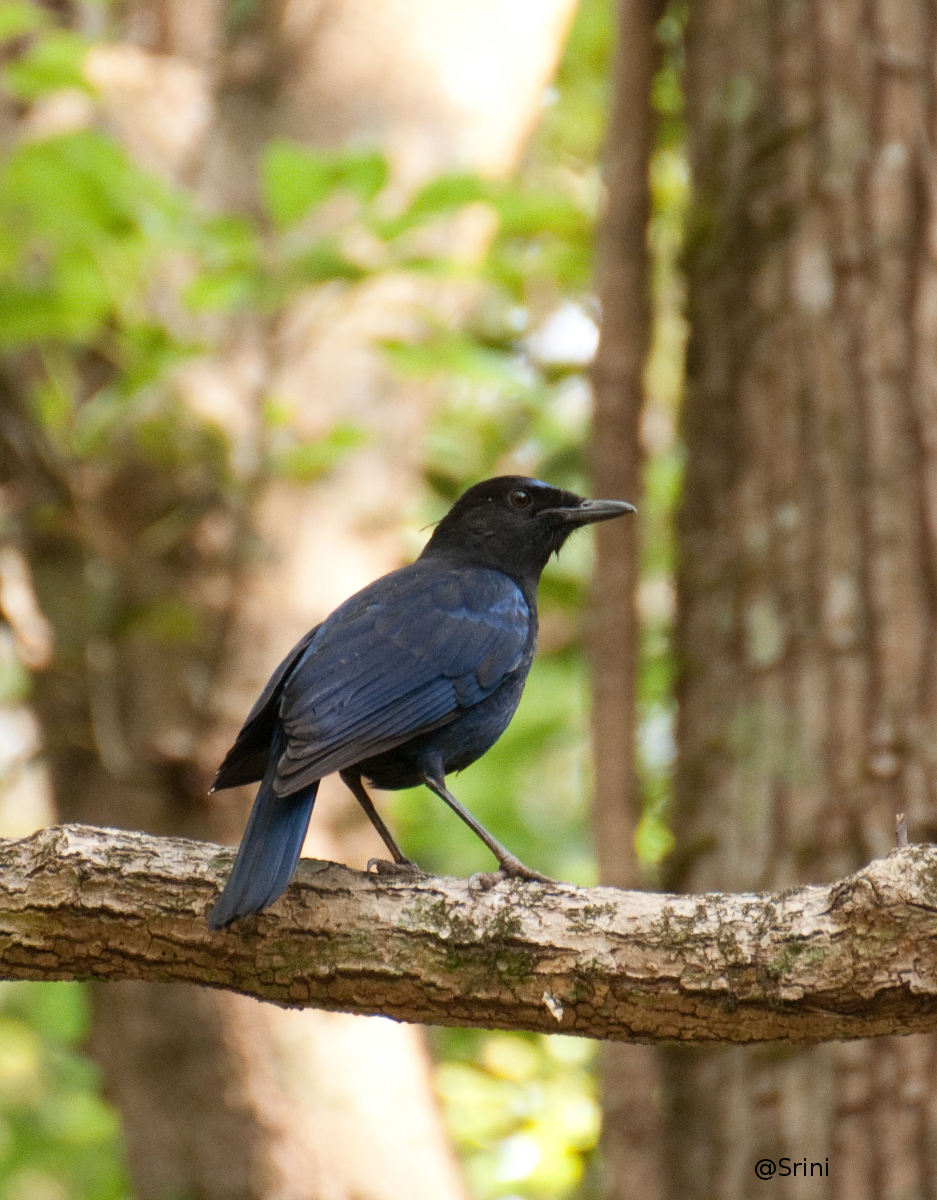 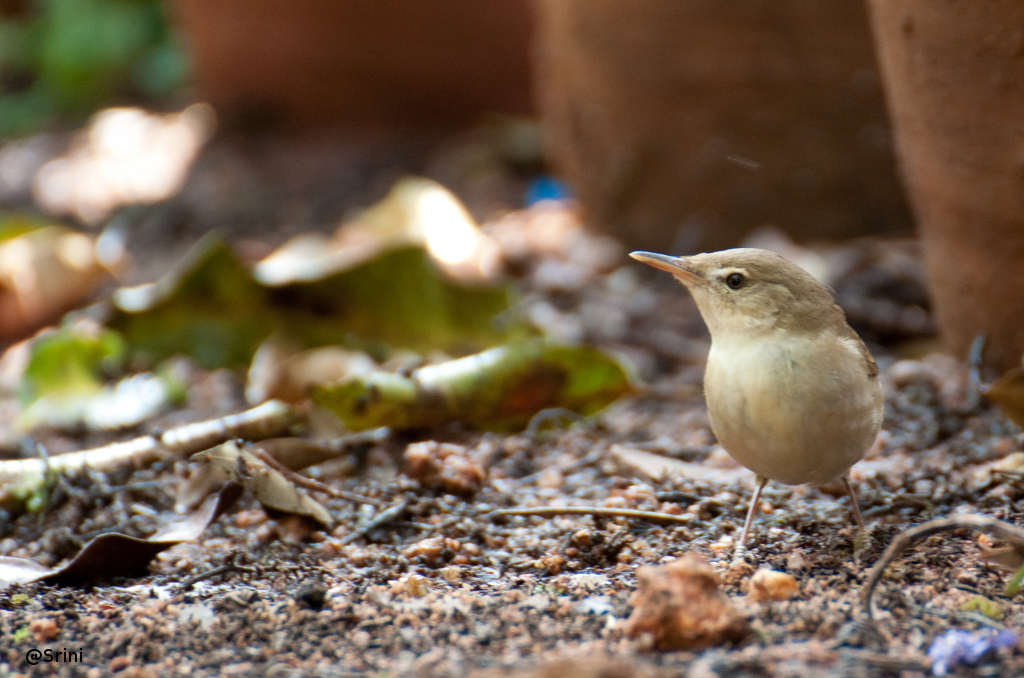 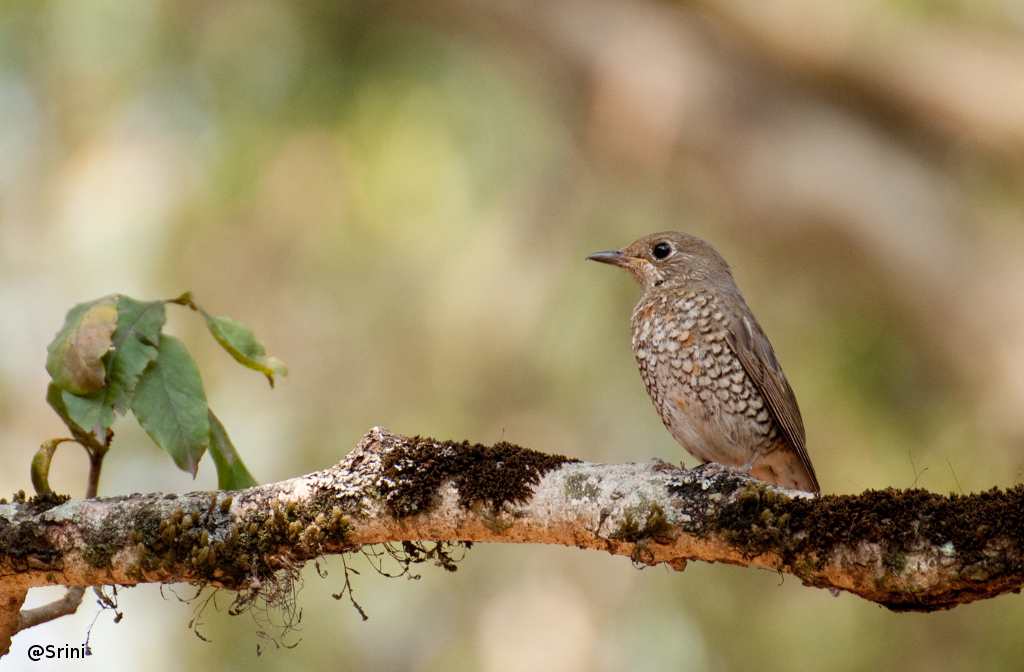 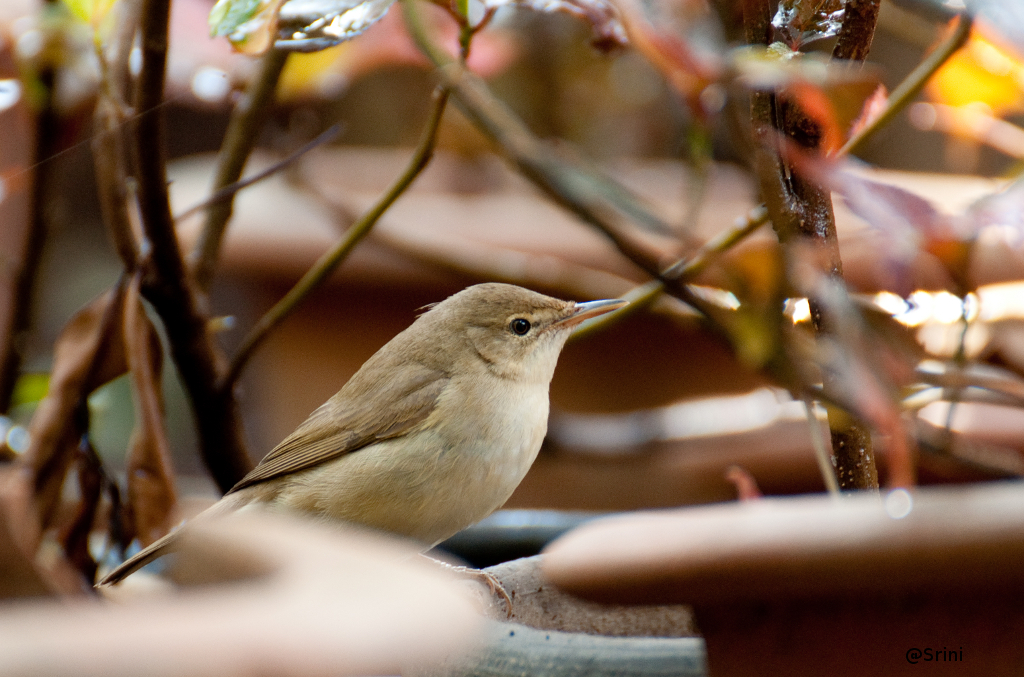 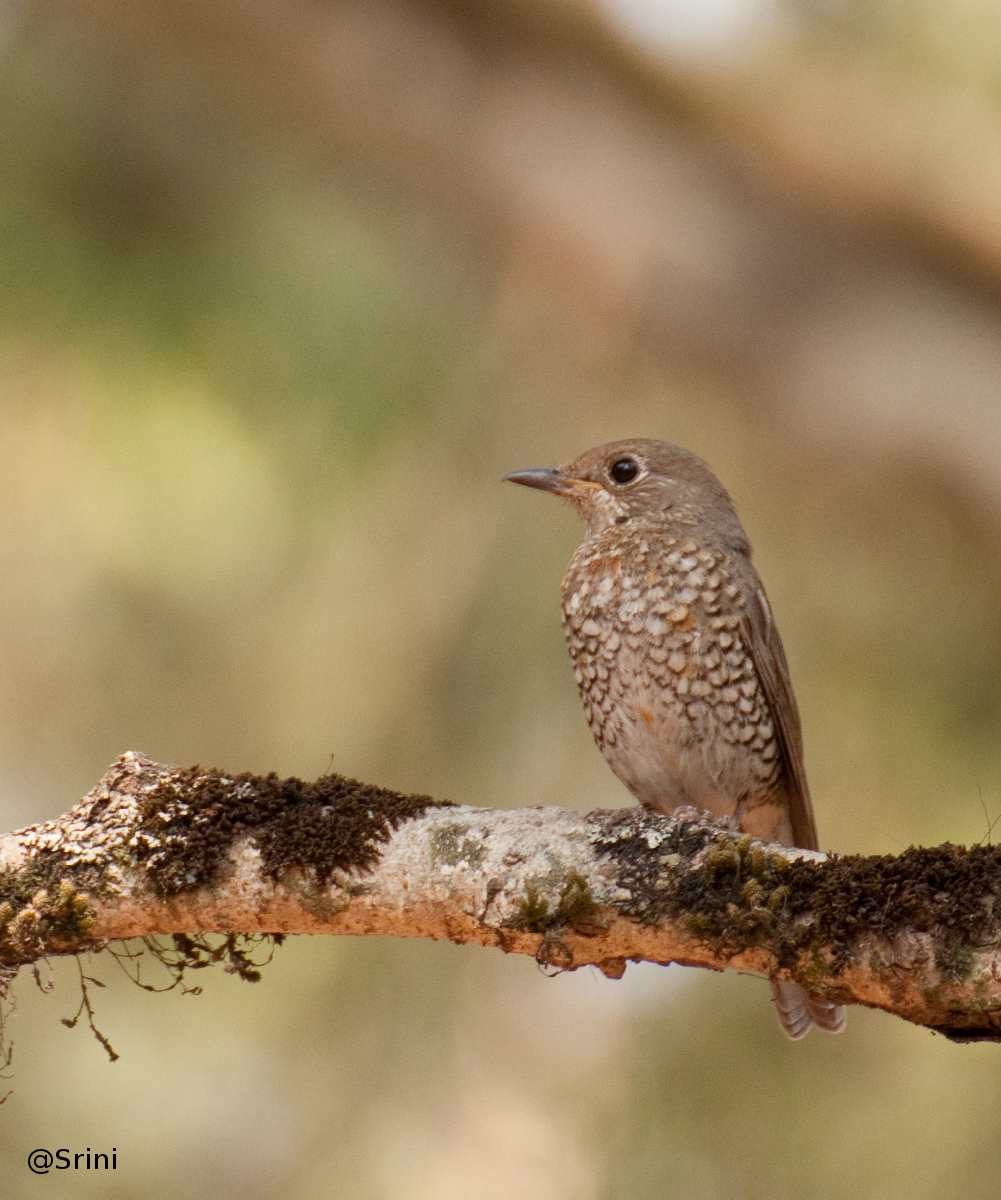 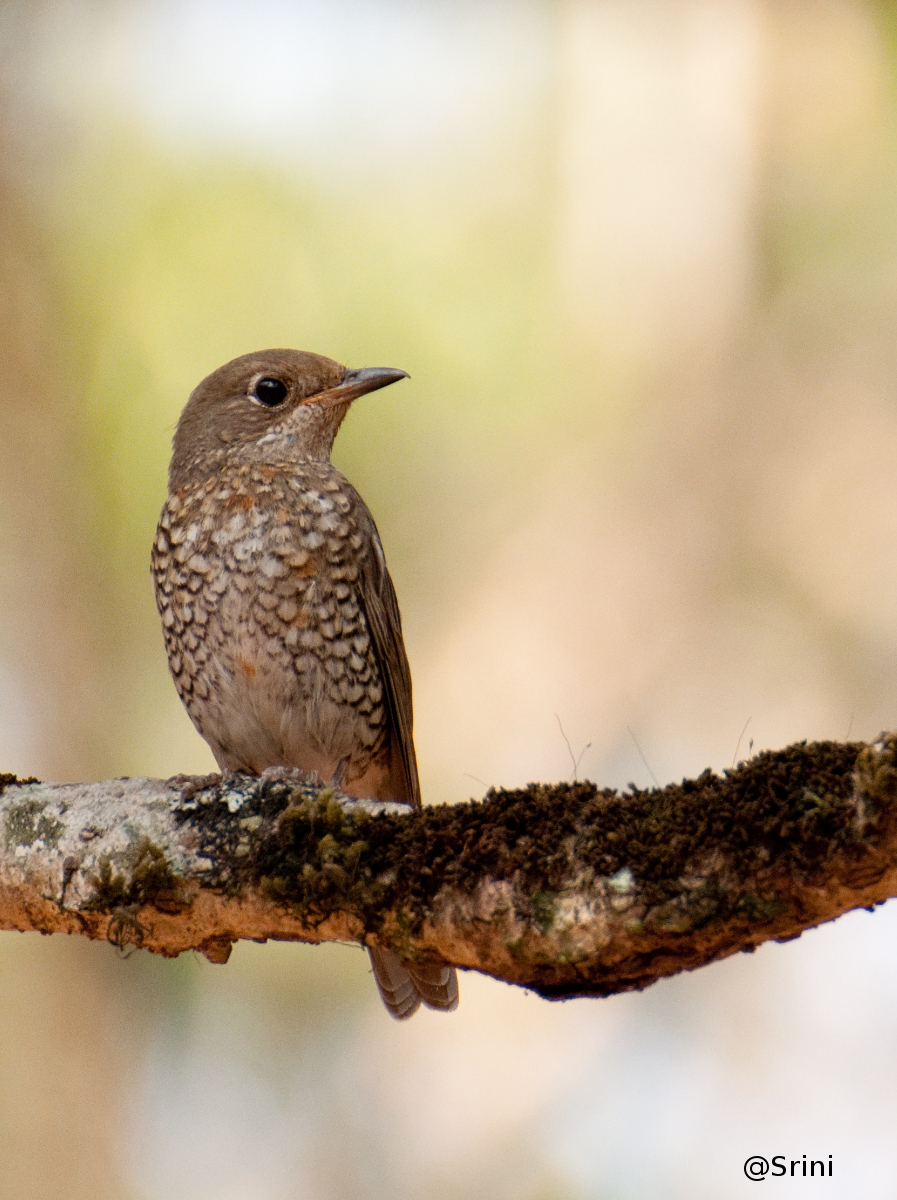 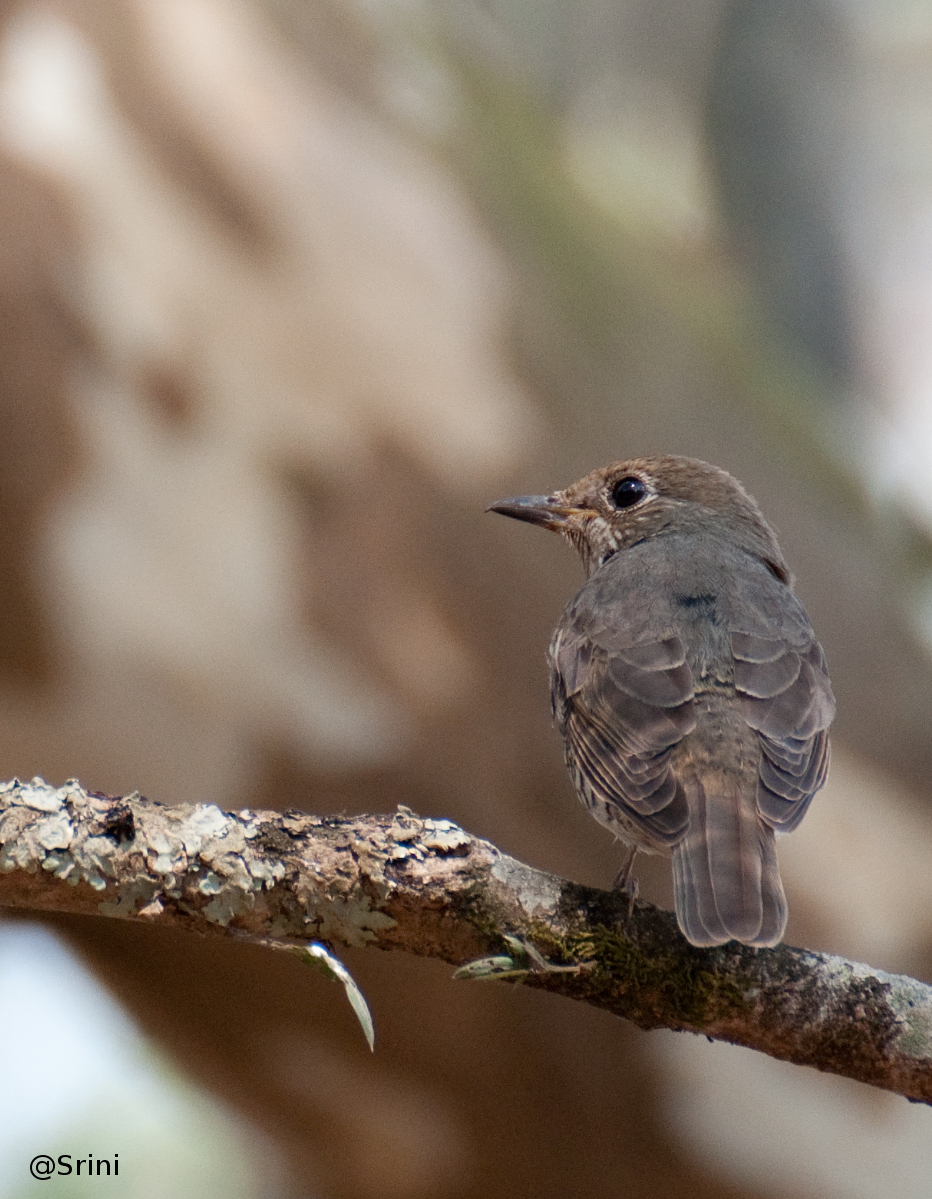 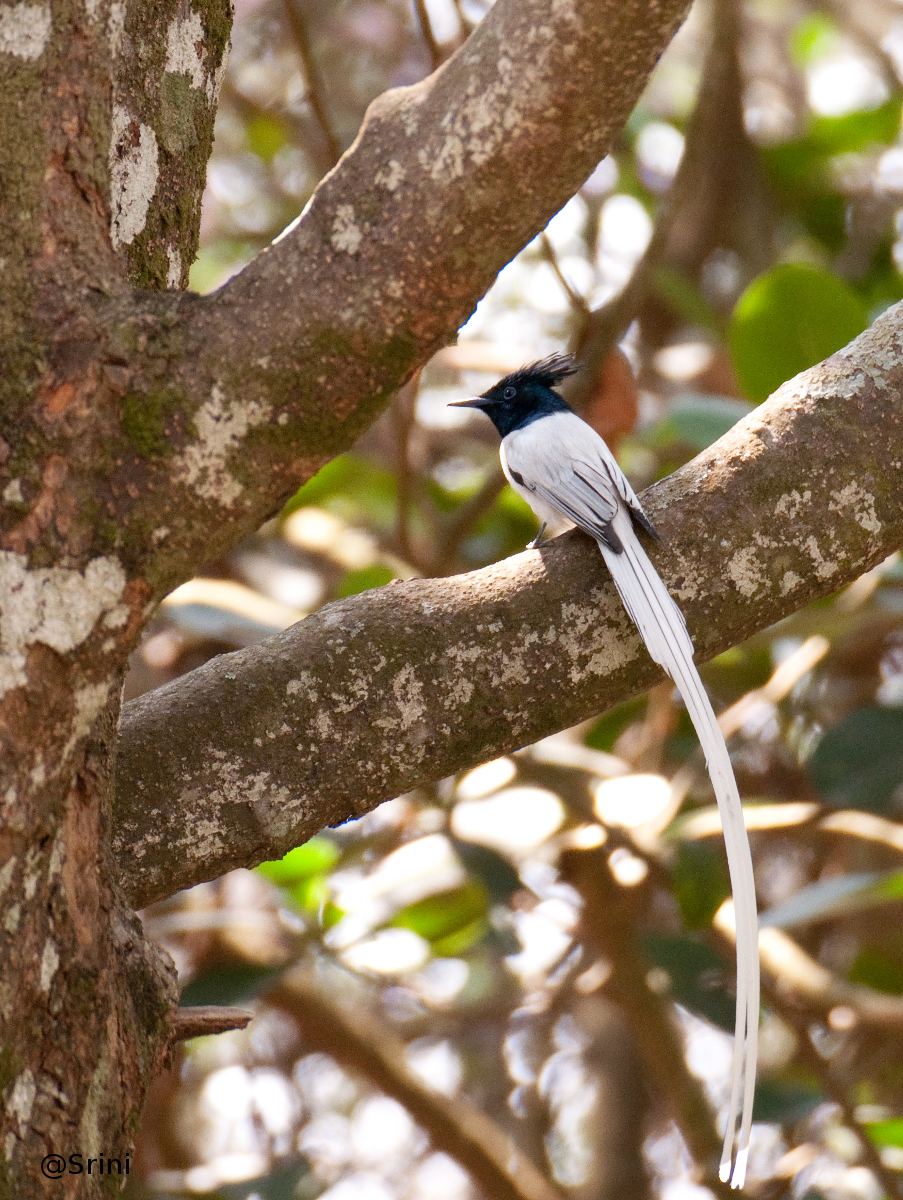 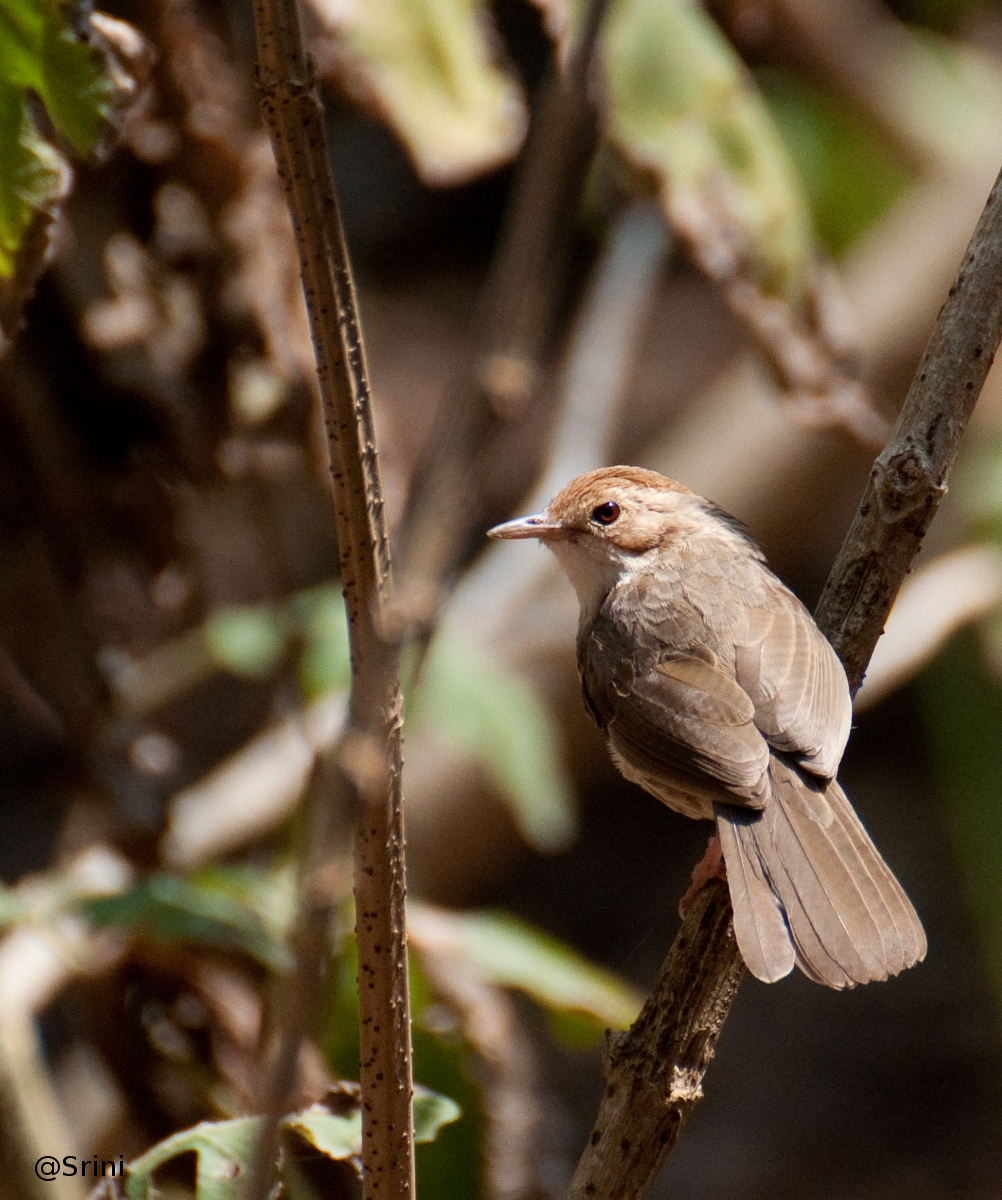 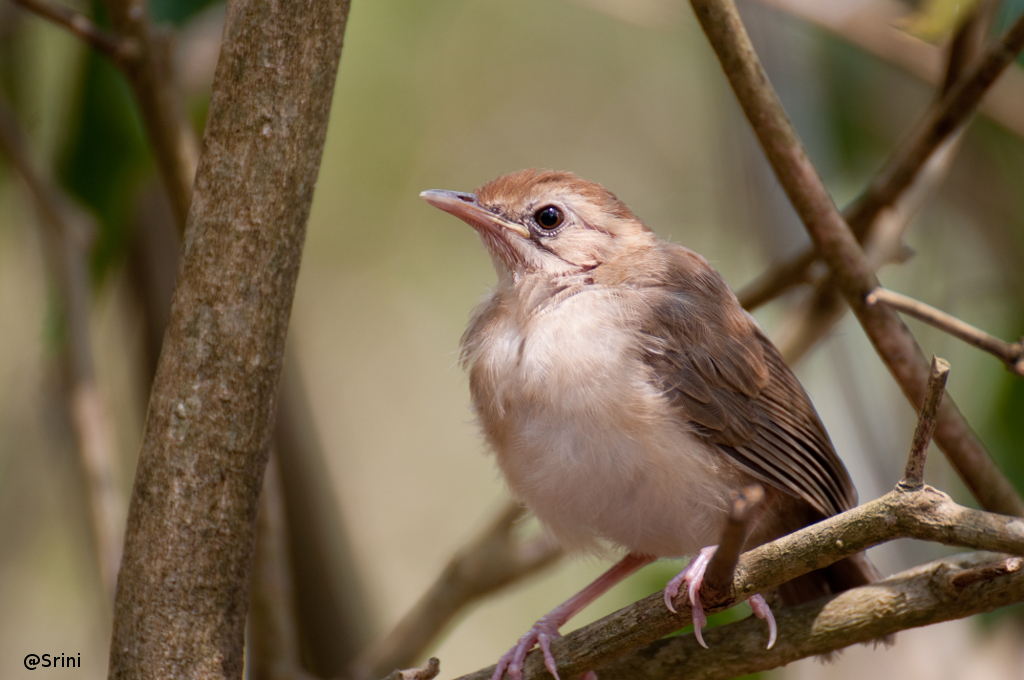 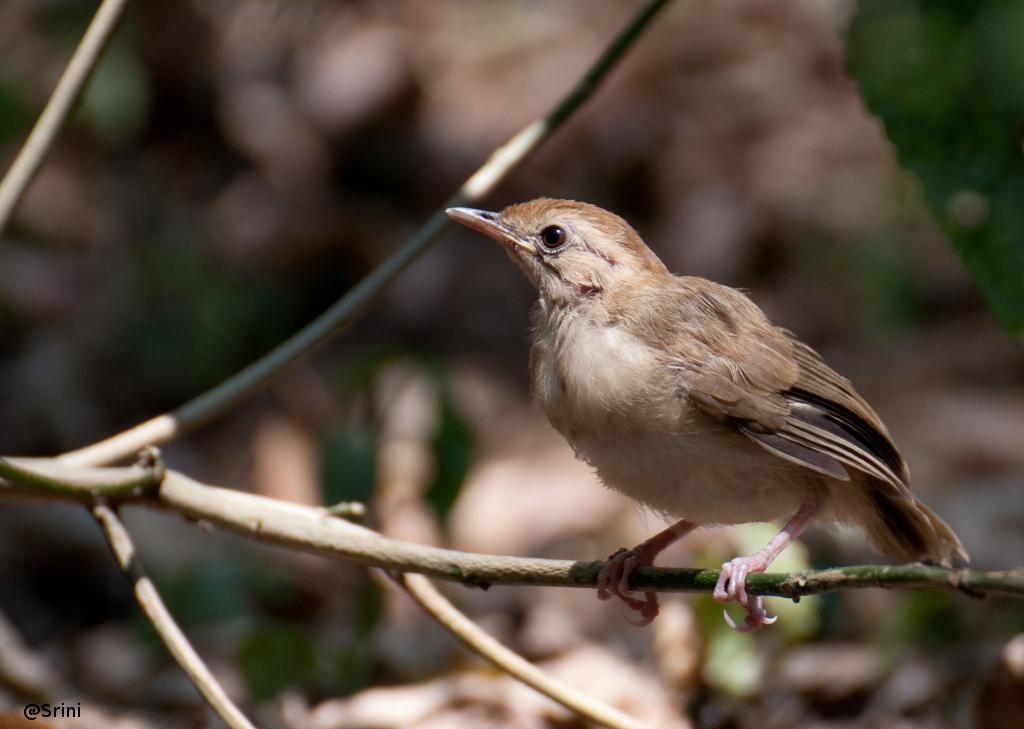 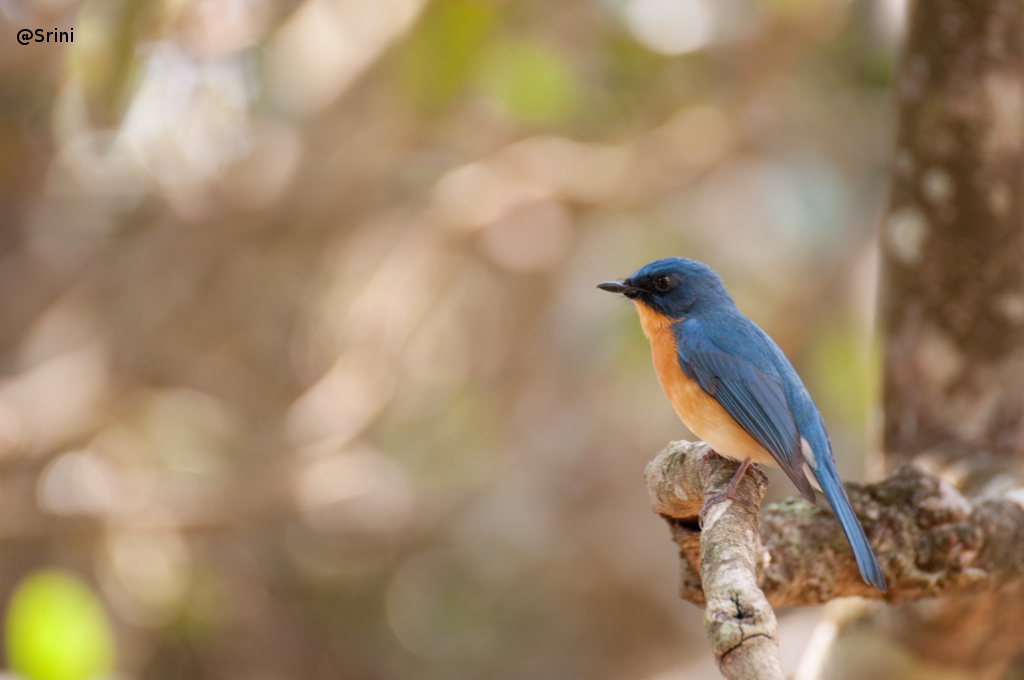 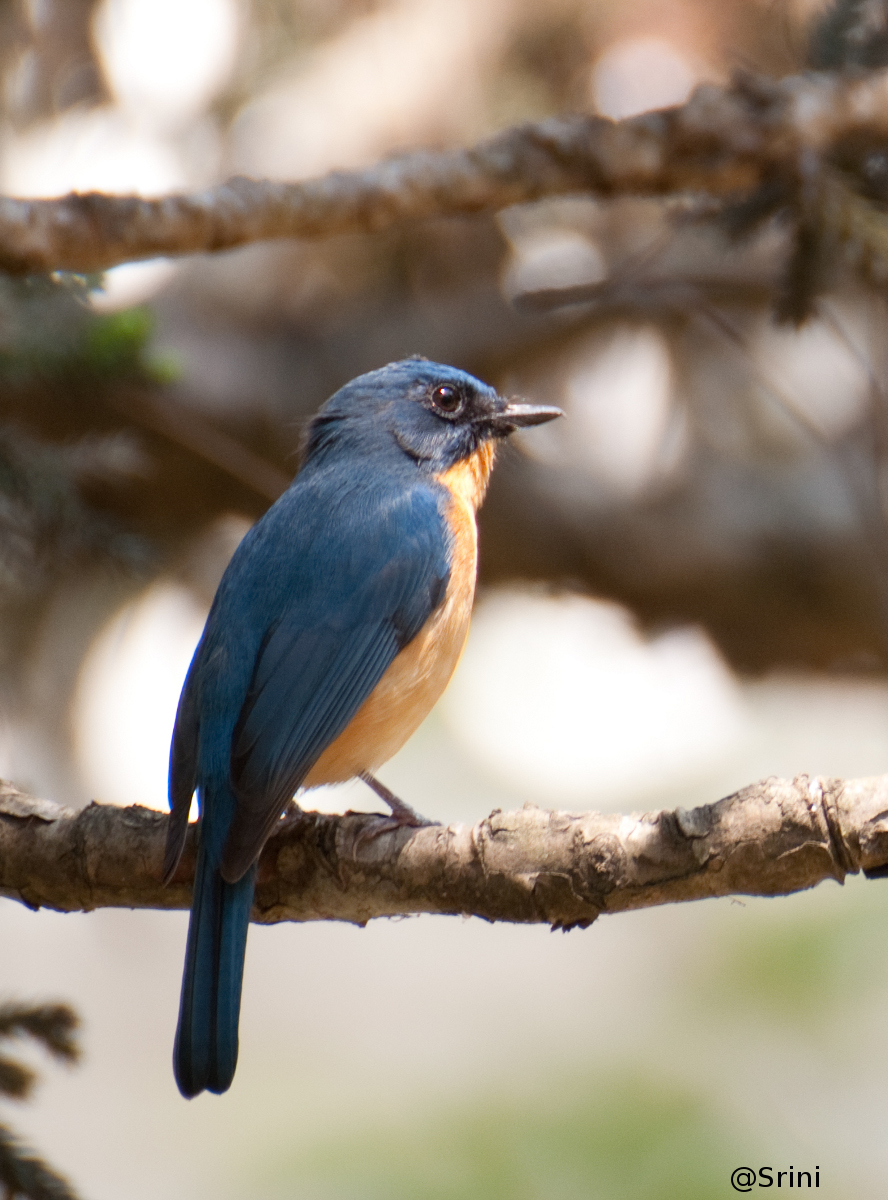 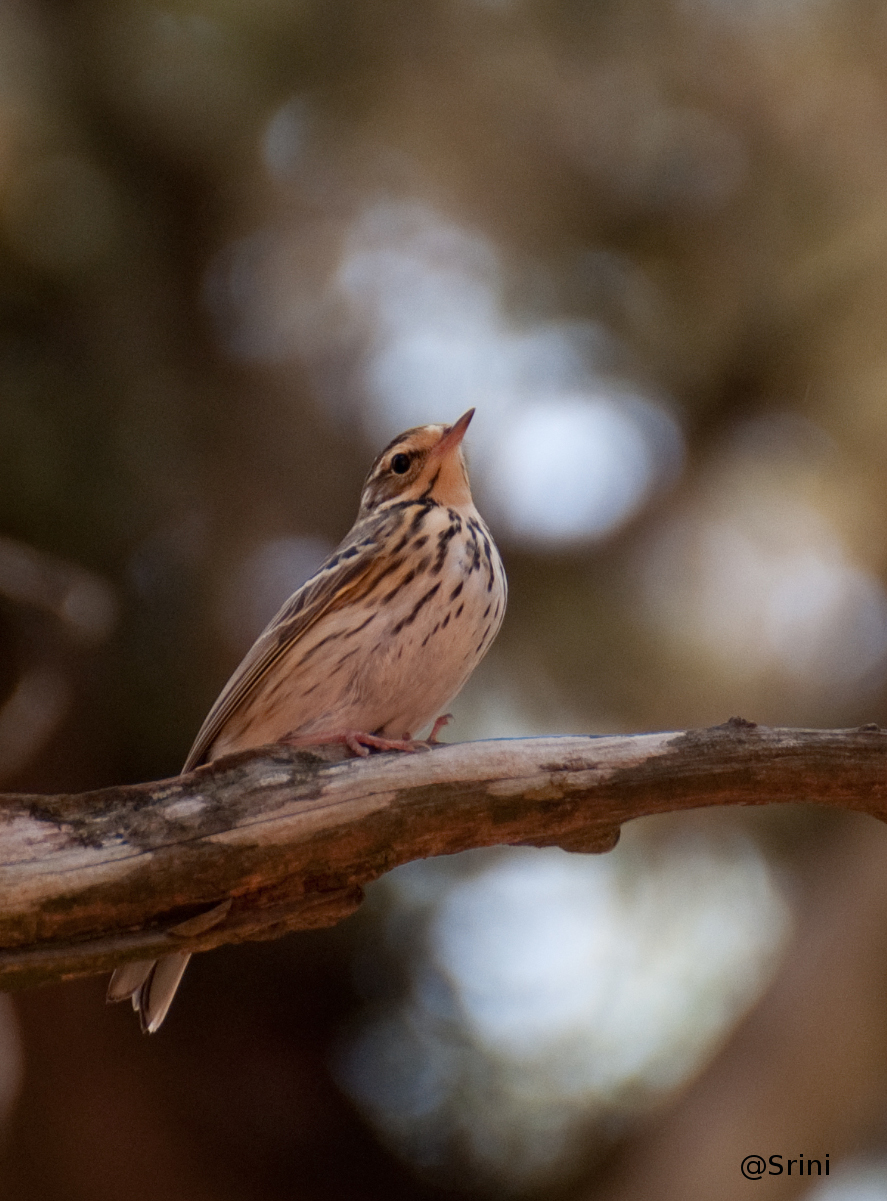 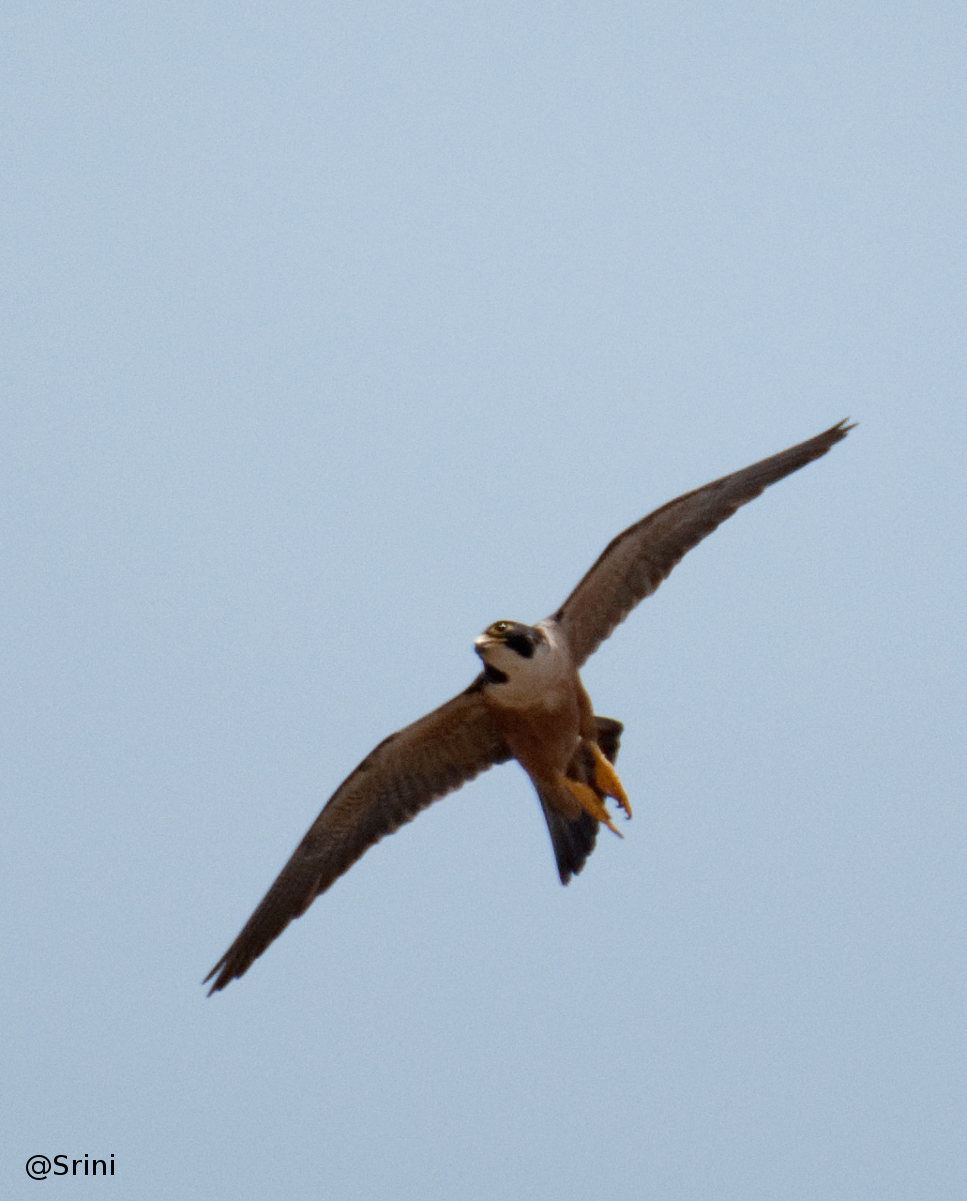 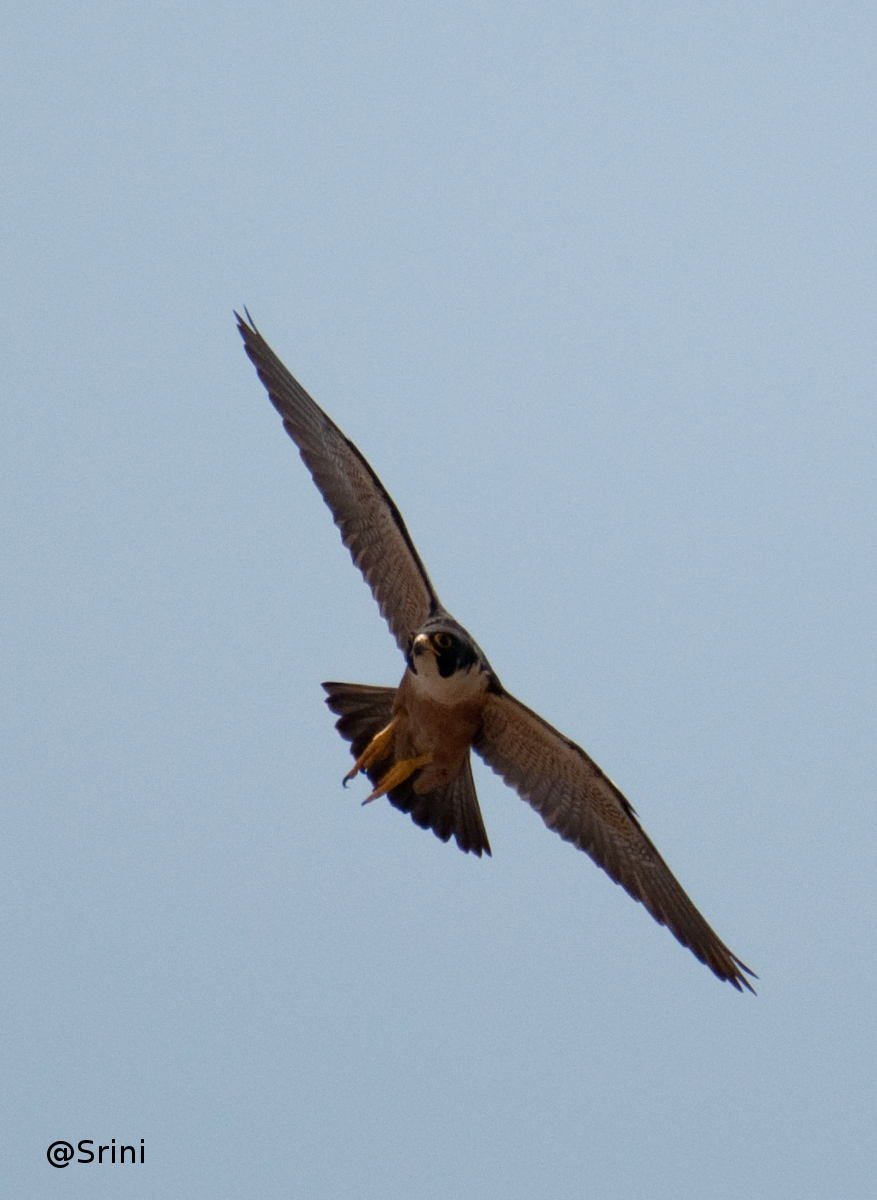 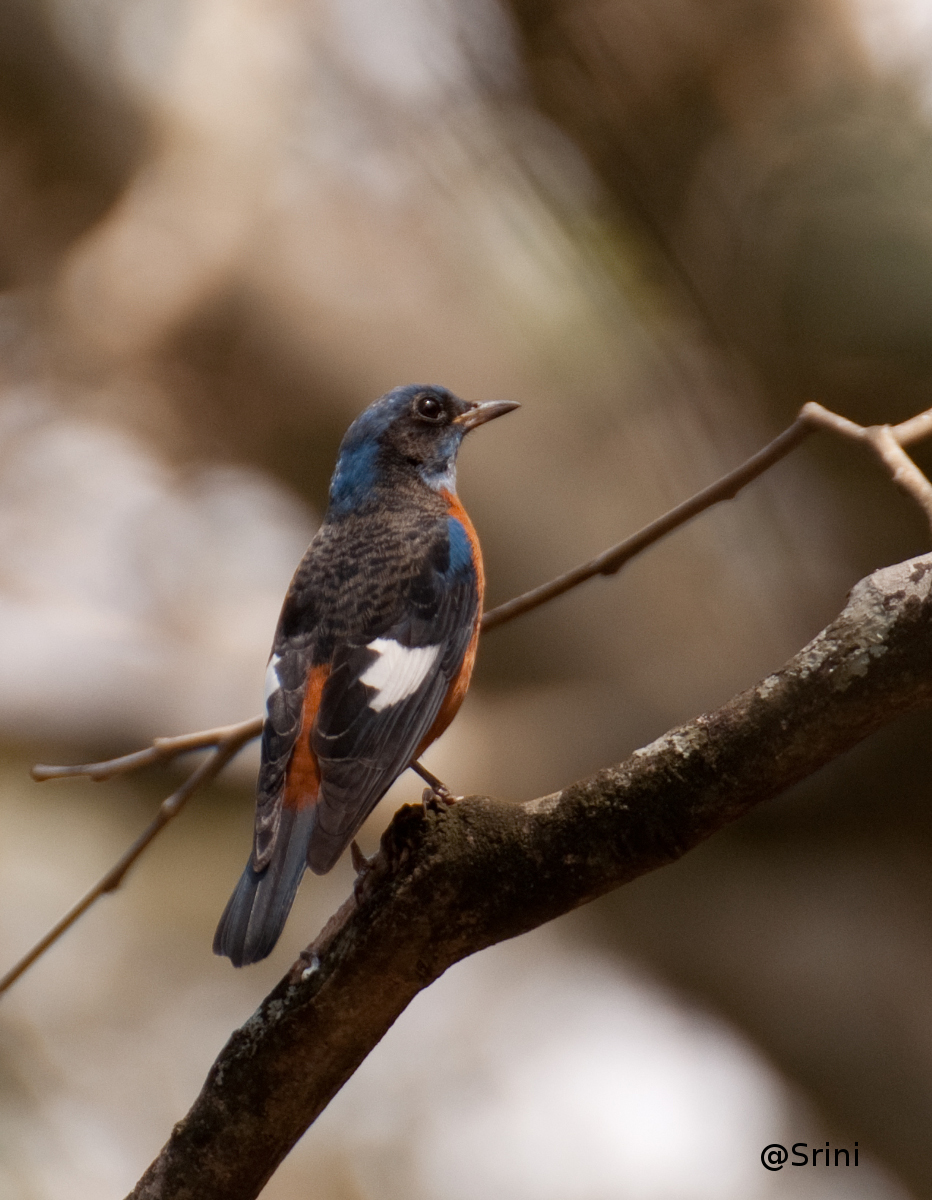 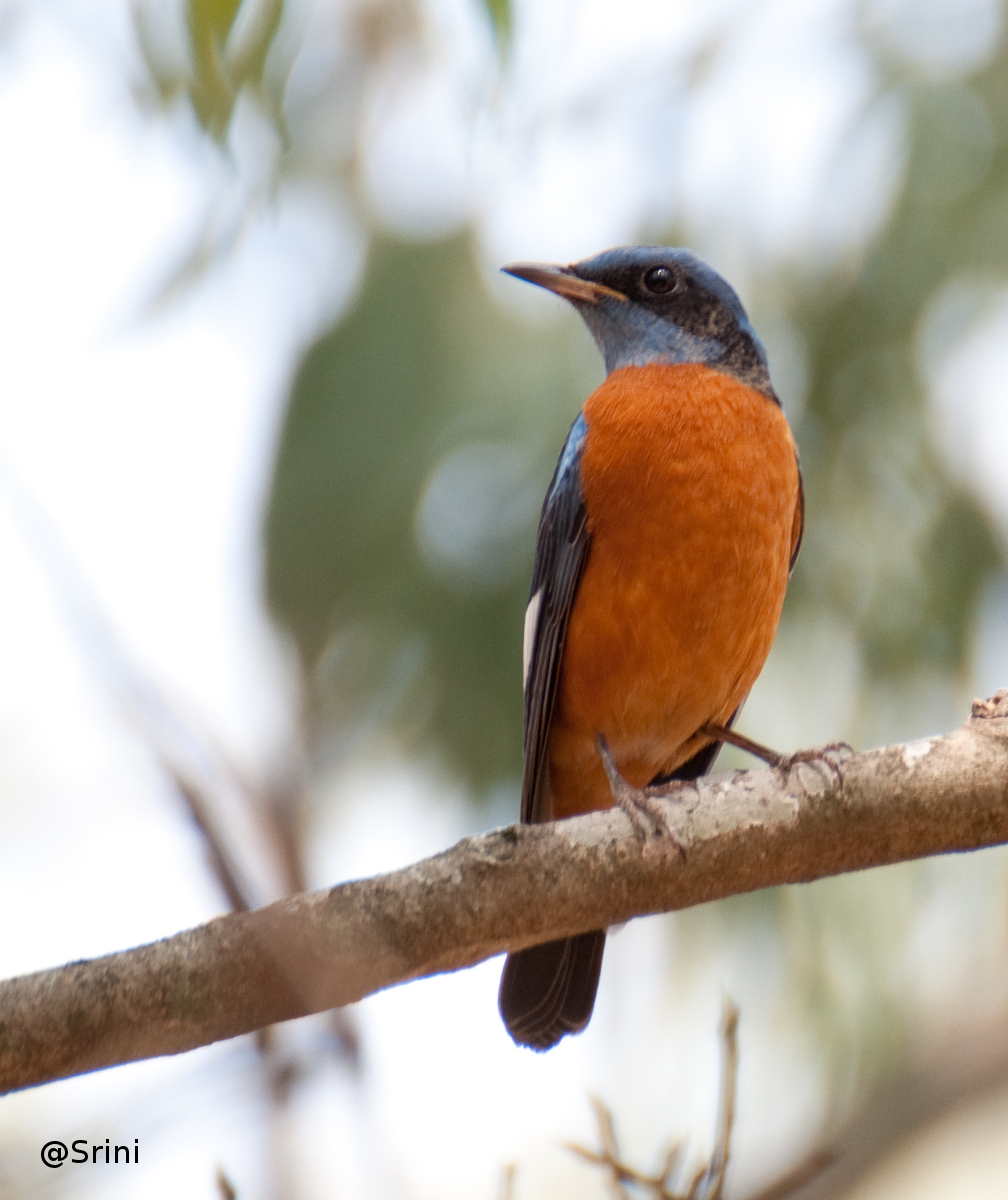 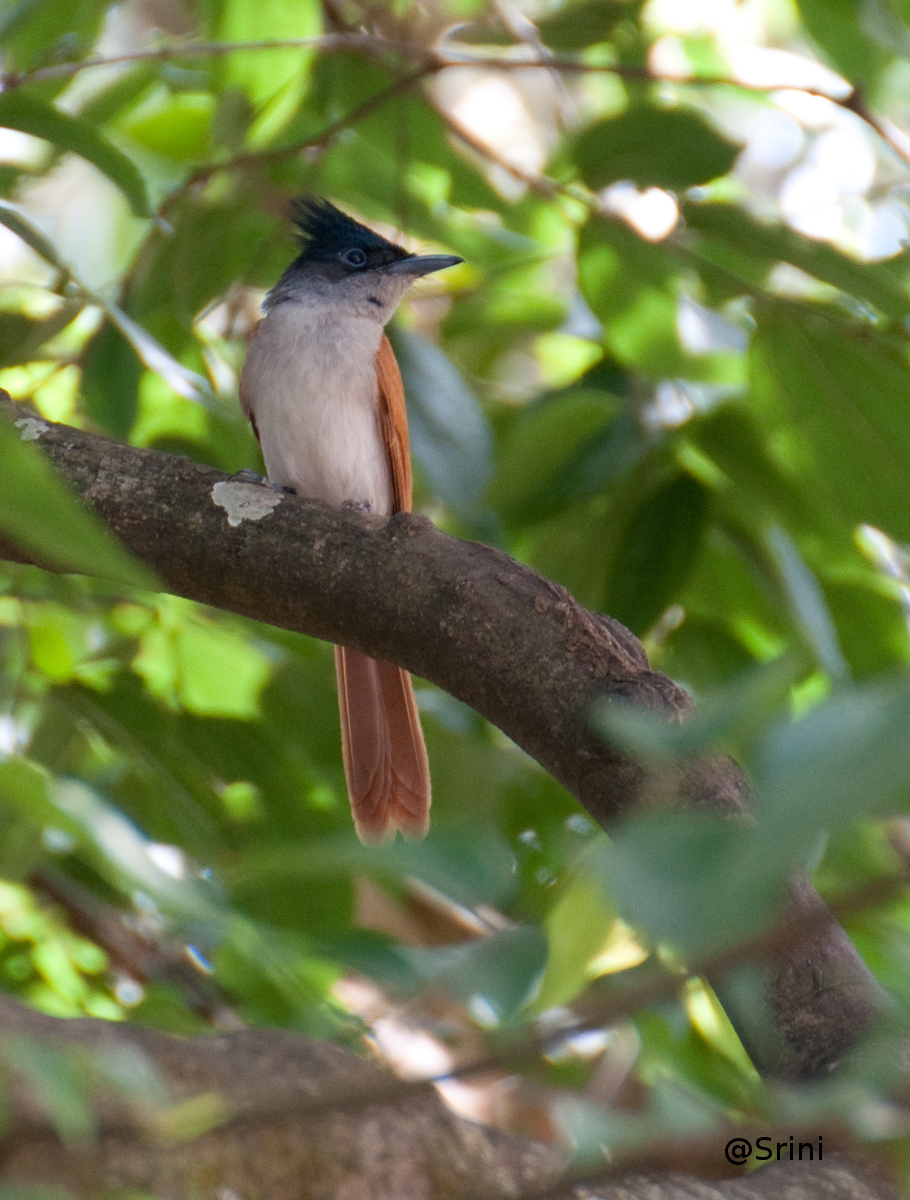 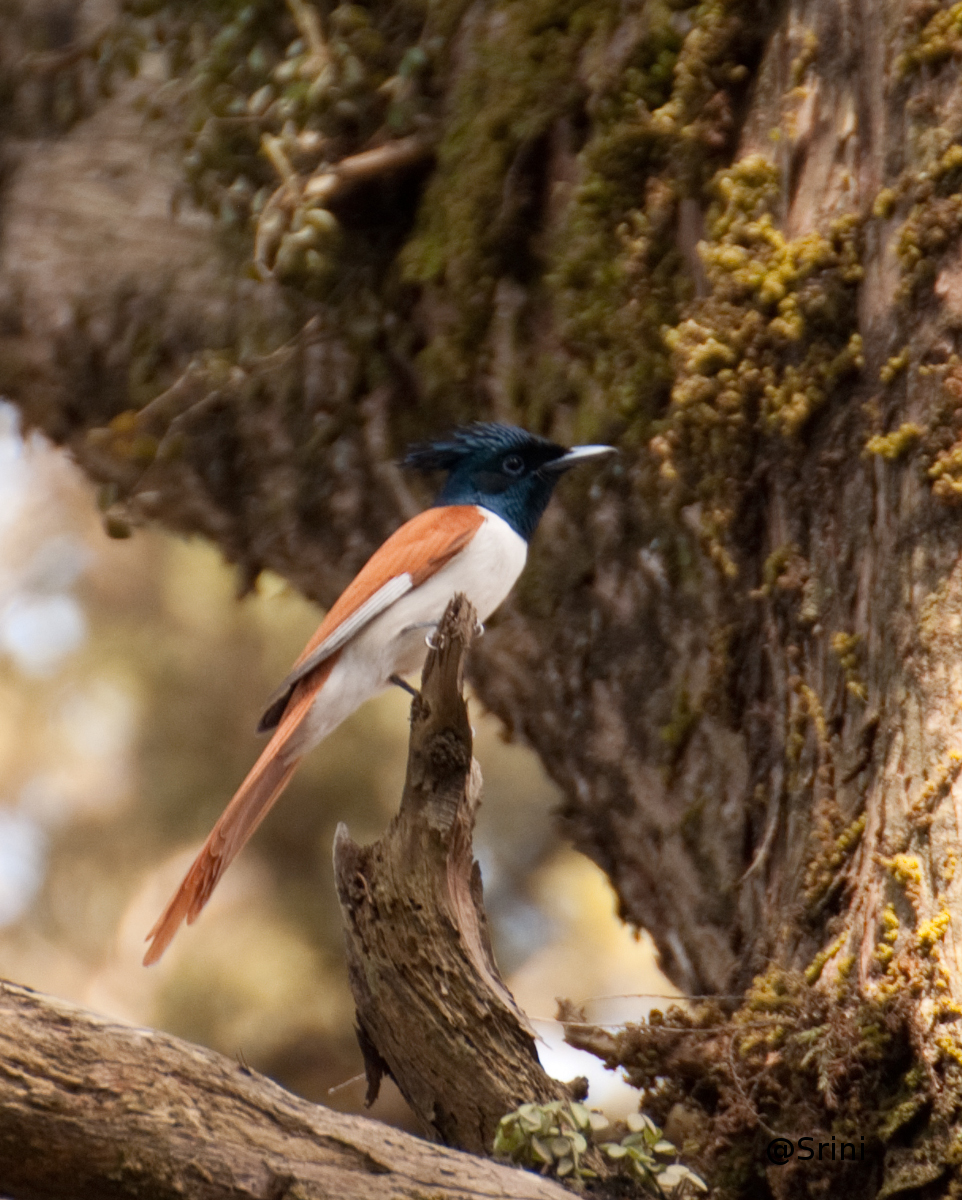 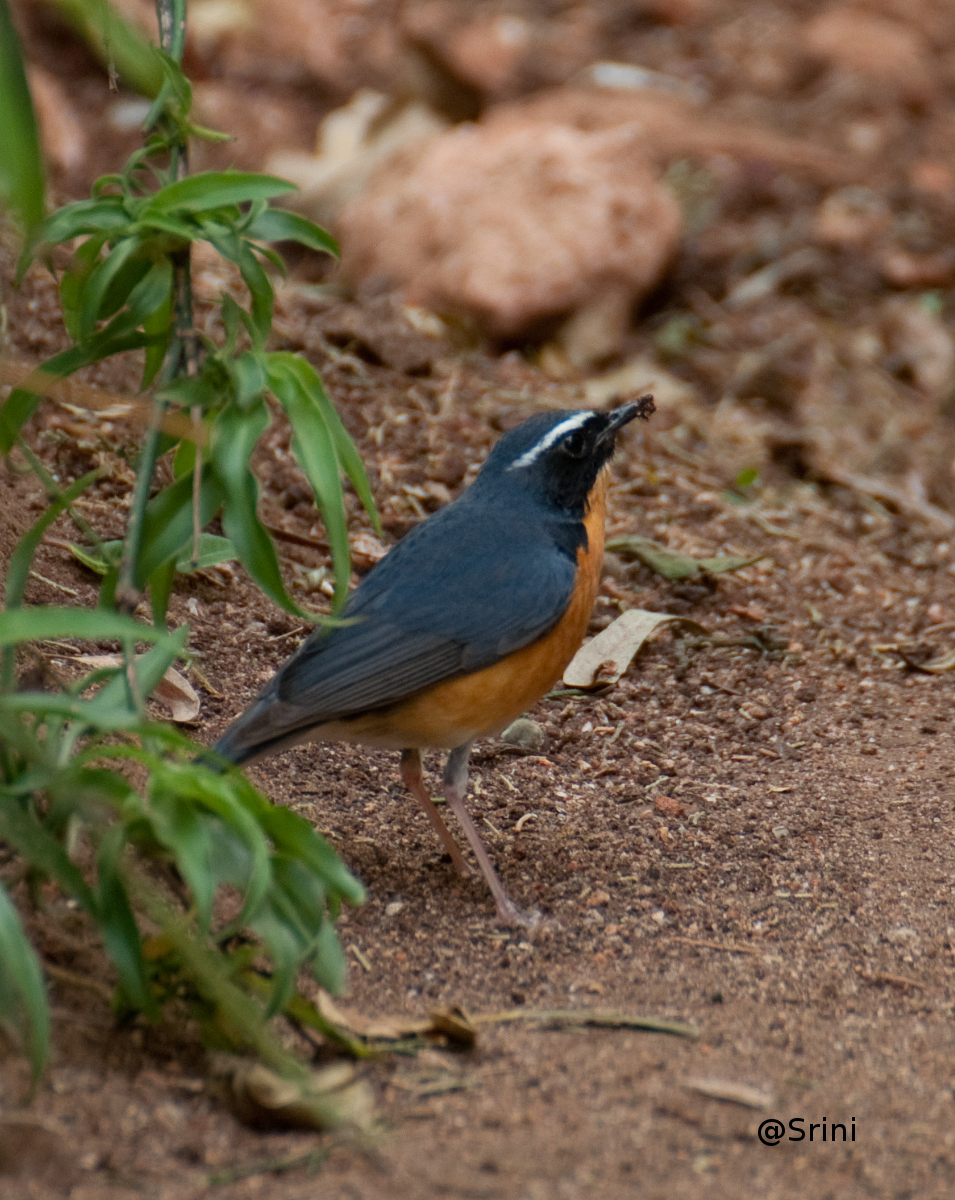 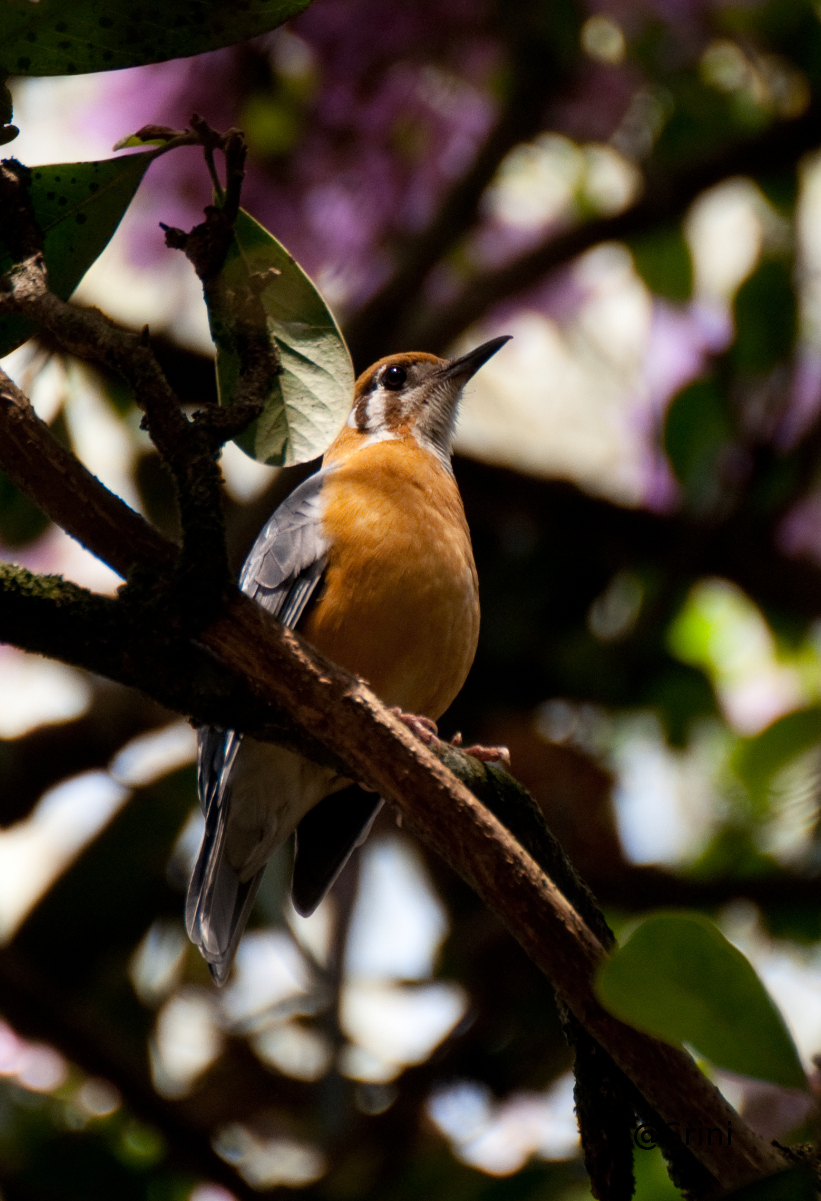 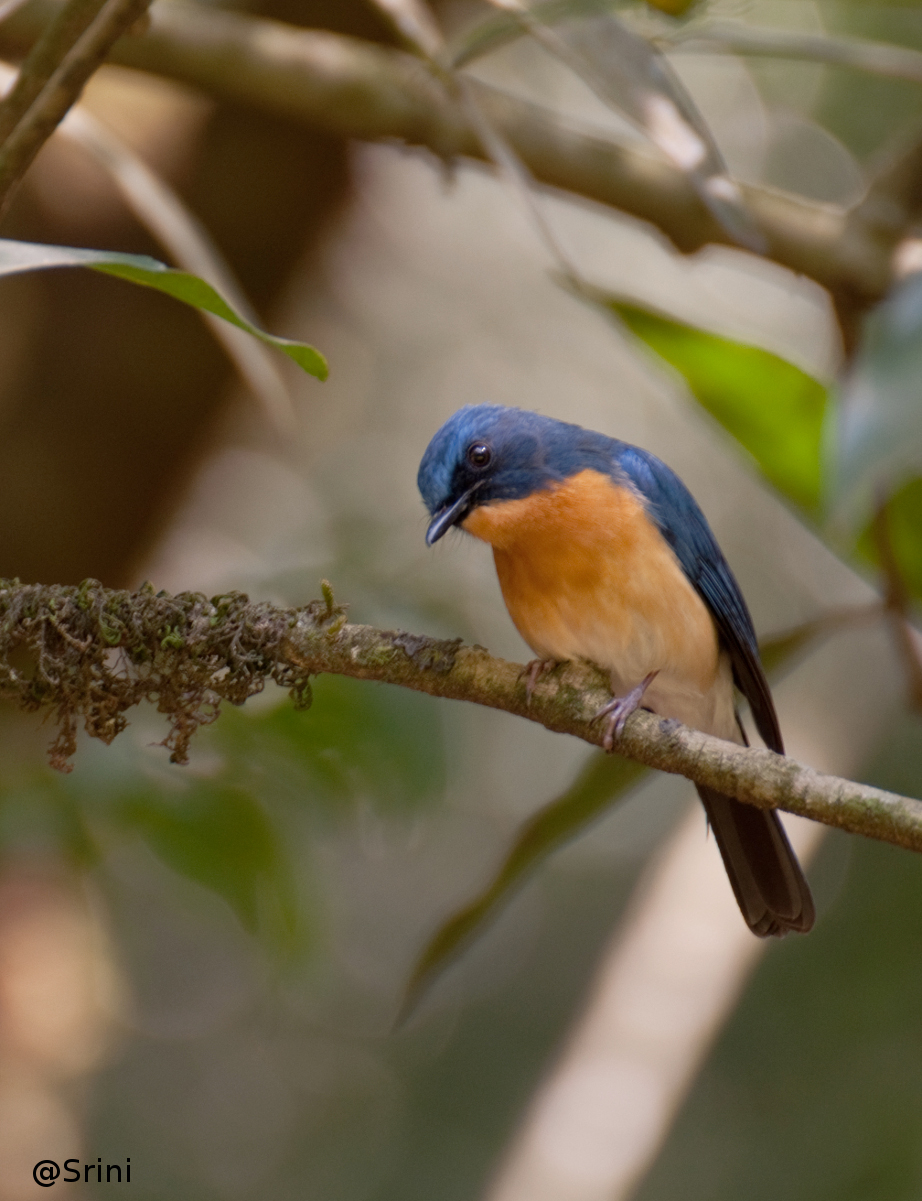 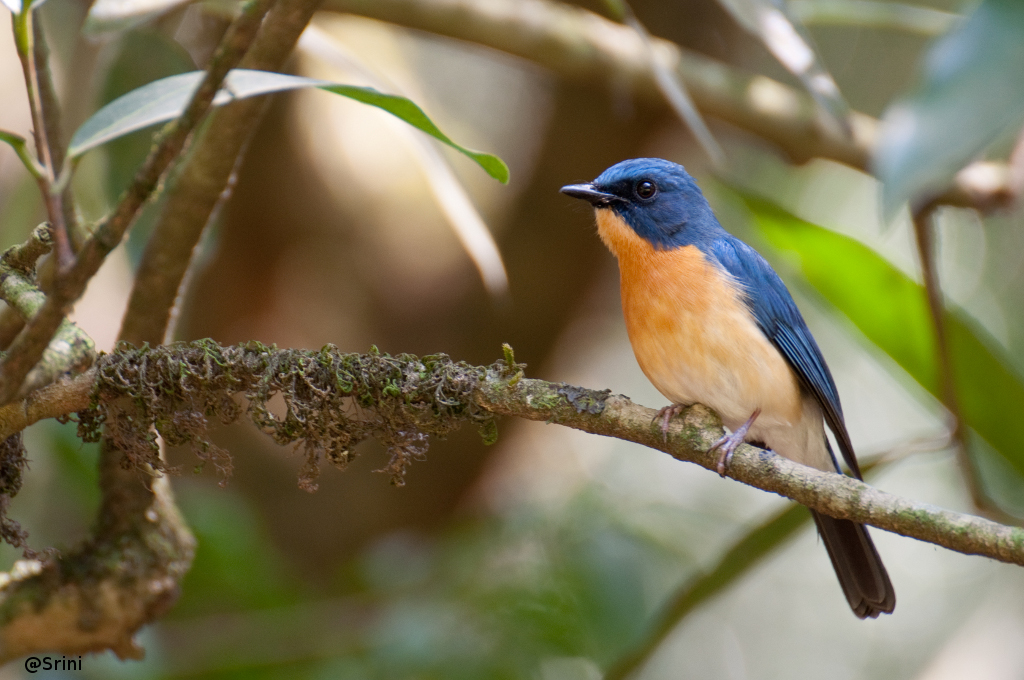 Tickell's Blue Flycatcher
Posted by K B Srinivas at 6:54 PM